This week’s article is on: Teaching Methods (Part One of Three)The Kodaly Method
by: MusicStaff.com Teacher Lounge Editor, Deborah Jeter

Have you been looking for a method to focus on your student’s singing voice?

If the answer to the question above is yes, then the Kodaly Method is for you. Zoltan Kodaly developed a way of educating young children through the singing of the native mother tongue folk songs. Doesn’t sound too different with just that being said, but the differences lie within the internal workings. The Kodaly Method uses a sequence for teaching music, that is child developmental. More on that later.
Right now… allow me to introduce you to Zoltan Kodaly. 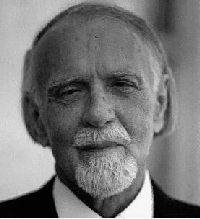 Kodaly (born on December 16, 1882, in Kecskemét, Hungary and died, March 6, 1967, in Budapest), was a prominent composer and authority on Hungarian folk music. He was also important as an educator, not only of composers but also of teachers and, through his students, contributed heavily to the spread of musical education in Hungary. He was a chorister in his youth at Nagyszombat (now Trnava), Czech., where he wrote his first compositions. In 1902, he studied composition in Budapest. He toured his country in his first quest for folk-song sources in the year before his graduation from Budapest University with a thesis (1906) on the structure of Hungarian folk song. After studying for a short time in Paris with the composer-organist Charles Widor, he became teacher of theory and composition at the Budapest Academy of Music (1907-41).

First off, let me say that in order to give a complete overview of the Kodaly Method would take more than just this article to accomplish. I hope to give you enough information on the advantages of using the Kodaly Method for teaching music, so that you will continue your learning through the resource books that I listed at the bottom of this article.  Here are some of the key elements used in the Kodaly method.

Hand signs are used in order for the singer to “visualize” what the note or tone is doing. Is it going up? Is it going down? You see, when we play instruments, it is quite evident what pitches we are playing because we can see what our fingers are doing. We have this advantage because the instrument is outside of out body. However, with the singer, the instrument is inside. So, the use of hand signs, as shown below, can be very advantageous, especially to the “beginner”. NOTE: These hand signs were not invented by Kodaly, but rather incorporated by him because of the validity of their use.

The moveable “do” is practiced.

The moveable “do” system is utilized through the use of the “do” clef. The “do” clef is simply a sign that is placed whereever the tonic of each scale is. In other words, the beginning student need not be concerned that “g” is the starting pitch in G Major, until they are “ready” to have that information. It keeps things simpler for the beginner. G in G Major would simply be called “do”. Using a fixed “do” system is always called middle C, “do”.

The musical material emphasized is the mother-tongue folksong.

The mother tongue songs are the songs that are concentrated first. Mother tongue meaning, the child’s native music or the music (folk songs) of his or her country.

Steady beat is the first concept taught in level one. Notice that I say “level” and not grade. Kodaly is a concept that is non-graded. This makes the teaching of the most fundamental concepts applicable even to “beginners” of music education in highschool and beyond. The sequence of the concepts stay the same, but the material used to teach these concepts are age appropriate and left up to the discretion of the teacher.

A great site with a huge selection of pentatonic songs is located at: Beth’s Music Notes

Eventually, from the use of Kodaly sequencing, the student will be familiar with all musical forms of song, such as the aria, madrigal songs, cantatas, symphonic and operas.

Here is an example of the melodic sequences for teaching sightreading.
NOTE: The first interval taught using the Kodaly Method, is the falling minor third. (derivative from many children’s songs, such as ‘tattle-tail’, and ‘rain, rain, go away’)

This example demonstrates the use of pictures and hand signals which help the student better understand the overall concept of sight reading.

Solfege or “Curwen” handsigns are used as a way to visualize the
pitches being sung:

The Musical Objectives of Kodaly musical training may be listed as to develop the ability of all children to:

I have used the Kodaly Concept/Method/Philosophy ever since I was a student teacher. My cooperating teacher was a Kodaly Master so I had a wonderful start. Over the last twenty years, I have taught using Kodaly and Orff with a mixture of Dalcroze. In general, my students exhibit a tremendous increase in musicality when I use Kodaly’s sequenced applications. I hope you will take the time to investigate
its possibilities with your own students. You may find students understanding and mastering musical concepts more quickly and singing more beautifully than you ever imagined.

Quote: If there is something to be gained and very little to loose, then by all means, TRY! – W. Clements Stone

Zoltán Kodály Wiki Page
Information about Kodály. Includes a list of his compositions, an essay about his impact on musical education, and links to institutions, organizations, and a bibliography devoted to Kodály.